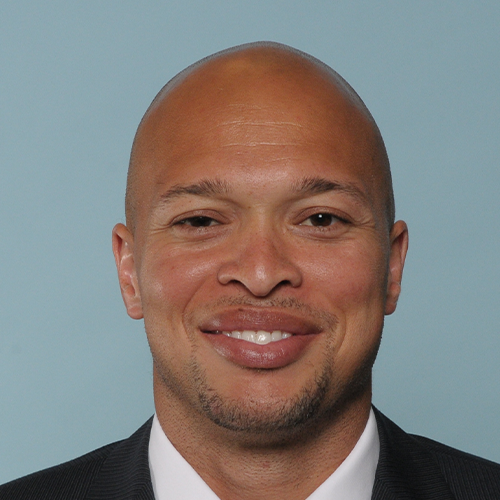 Associate head strength and conditioning coach Lorenzo Guess, a former Michigan State safety, is in his ninth year on staff at MSU.

A native of Wayne, Michigan, Guess spent two seasons (2010-11) as an assistant director of strength and conditioning at Notre Dame while working with head coach Brian Kelly. Guess also worked with Kelly for one season at Cincinnati as a tight ends coach, helping the Bearcats to a 12-1 record in 2009 and an appearance in the Sugar Bowl following UC’s second straight BIG EAST Championship.

Guess earned a bachelor’s degree from Michigan State in 2002 and graduated from Tiffin University in 2007 with a master’s degree in business administration. He was an Academic All-Big Ten selection in 1998.

While at Michigan State, Guess was a four-year letterwinner in football (1998-2001) and also earned two letters with the basketball team. As a safety, Guess helped Michigan State defeat Florida in the 2000 Citrus Bowl and Fresno State in the 2001 Silicon Valley Bowl. He was part of two Big Ten titles and an NCAA Final Four appearance (1999) with the Spartan basketball team. Guess, who played in 45 career games and recorded 111 tackles, tallied a career-high 47 tackles, six pass break-ups and four interceptions as a senior in 2001. In 1999, Guess was one of the components on a defense that ranked No. 1 in the Big Ten in rushing defense, and during the 2000 season, MSU led the conference in both total defense and pass defense.

Guess is currently finishing his doctoral program with the United States Sports Academy. His research involves methods on how to successfully develop student-athletes holistically on and off the field of competition.